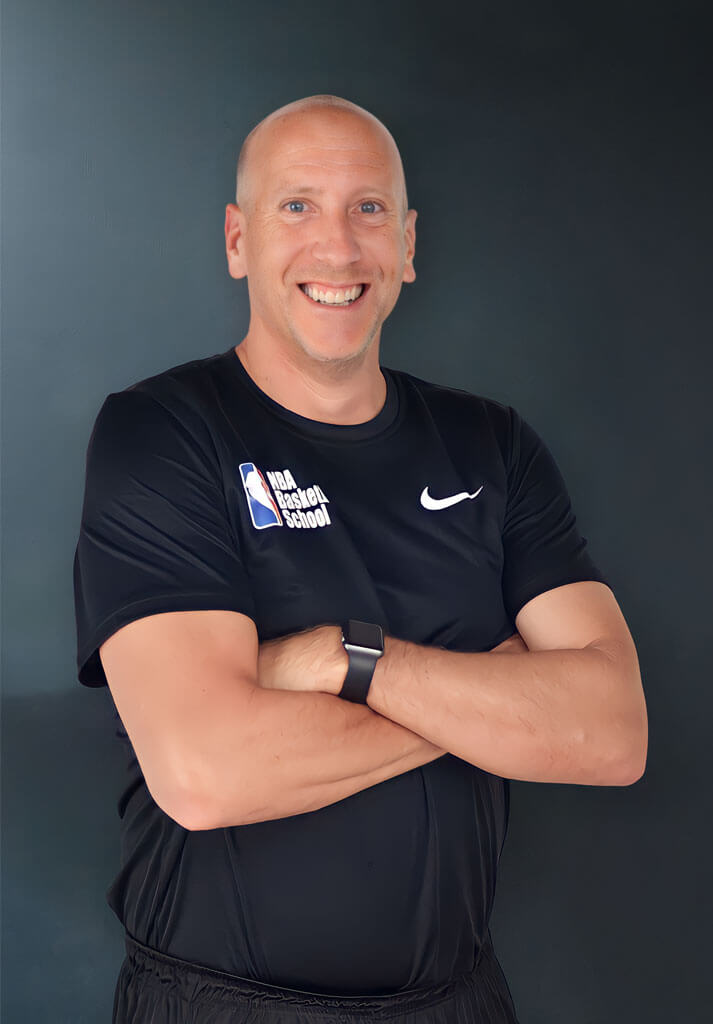 A native of the Bay Area in the United States, Galvin was an All-State performer in basketball at Antioch High School. He played collegiately at Santa Rosa Junior College before accepting a Division I scholarship to Mount St. Mary’s College in Maryland.  There he played for legendary coach Jim Phelan, one of college basketball’s all time win leaders.  Galvin was selected to the Northeast Conference (NEC) All-Newcomer team and was named NEC player of the week three times.

After graduation, he began his coaching career at The University of San Francisco, where he spent five seasons as an assistant coach and was a part of the 1998 NCAA tournament team. Phil then spent 20 years working as the Basketball Director at The Olympic Club in San Francisco, which is known as one of the finest private athletic clubs in the world. There he created comprehensive basketball training programs that included camps, clinics, training, teams, as well as adult and youth leagues.

The NBA Basketball School takes great pride in hiring the best coaches we can find anywhere. 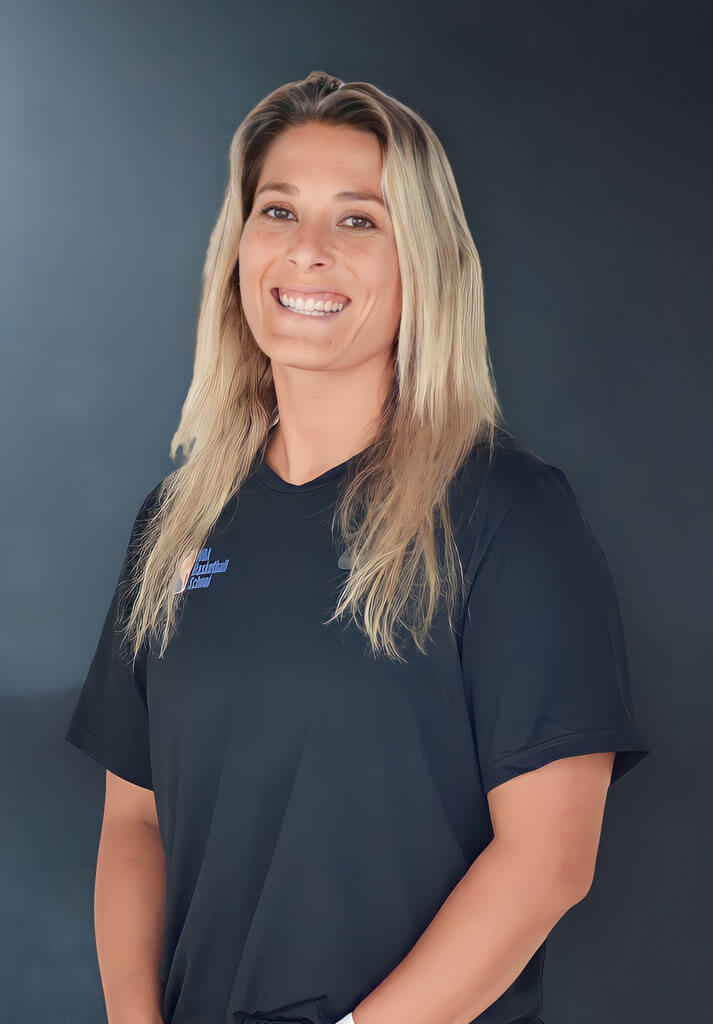 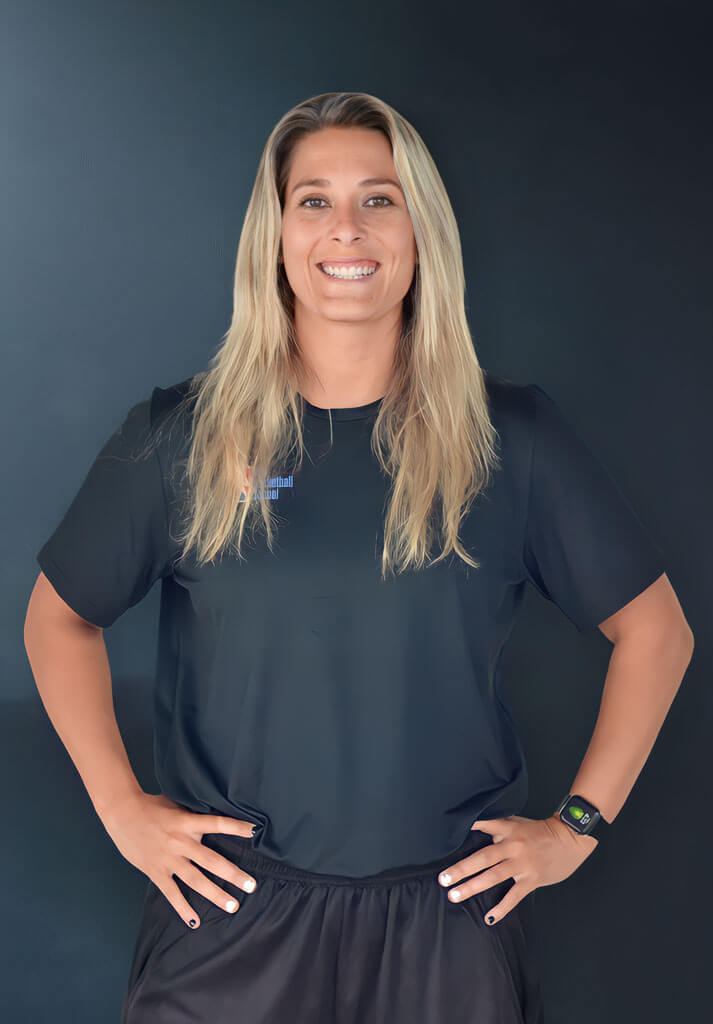 The NBA Basketball School in Dubai is proud to announce the addition of Katie Batlin to our coaching staff.  As a star player in the United States, Katie was nominated to the prestigious McDonald’s All-American team and was named the California Player of the Year. She received a full scholarship to play collegiately at St. Mary’s College.

After graduating from SMC, Katie played her extra year of eligibility at San Francisco State. She led her team in points, rebounds, assists and steals; averaging 15.1 points 7.8 rebounds 3.8 assists and 2.6 steals per game. She then signed a Level 1 professional contract to play in Australia. Katie comes to Dubai from the Ultimate Fieldhouse in California, where she was regarded as one of the top performers on their Skill Development staff.  ’I am ecstatic to be adding Katie to our team here in Dubai. She has tremendous passion for the game and is going to provide an extremely high level of coaching experience to our players,’ expressed Technical Director Phil Galvin. 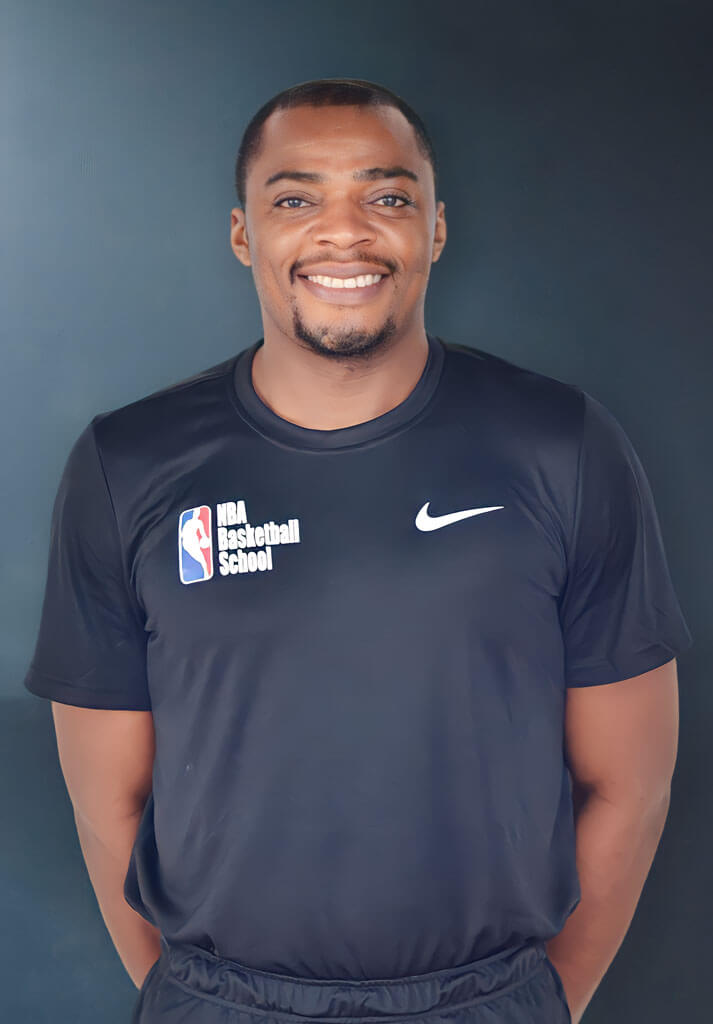 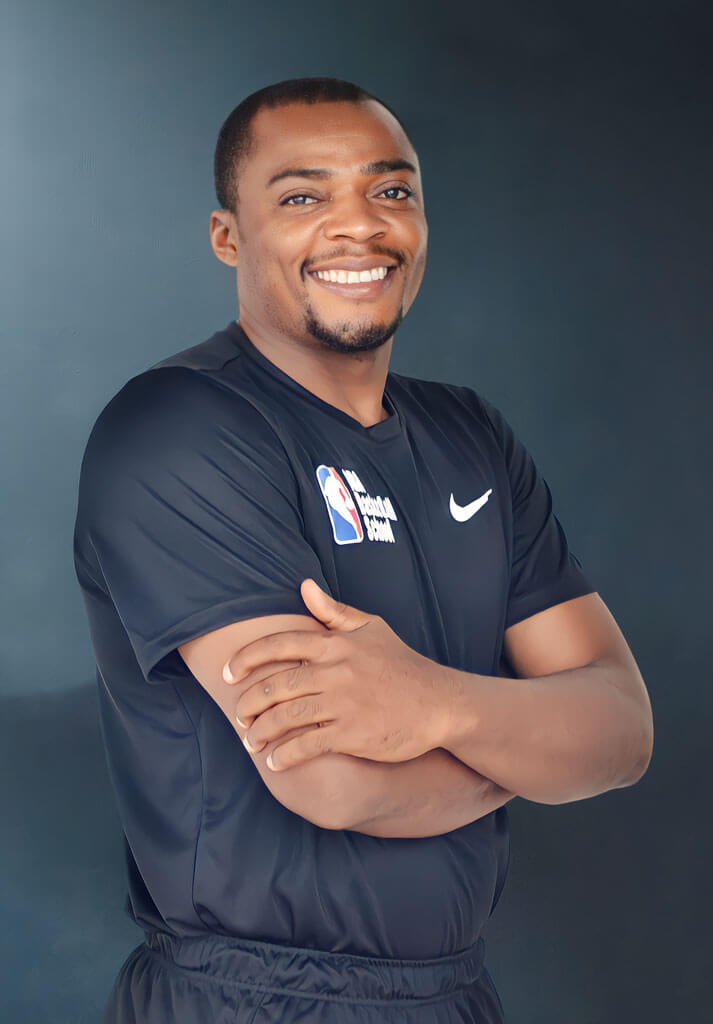 Godlove Cham Cham joins our NBA technical team from Cameroon, Africa, where he spent many years building his very own Basketball Academy, Basketball Plus Academy. With Godlove, the NBA school in Dubai gains a plethora of passion and deep dedication to the game and to the students.

Godlove developed a player that was later selected to go to the NBA Academy Africa. Since then, he has been working closely with the NBA Academy Africa through the player development coach, Joe Touomou. He was also a Physical Education teacher, as well as a fitness trainer before moving to Dubai to start a coaching career in the UAE. The staff is excited to have him on the team and the students will learn a great deal from him on the court! 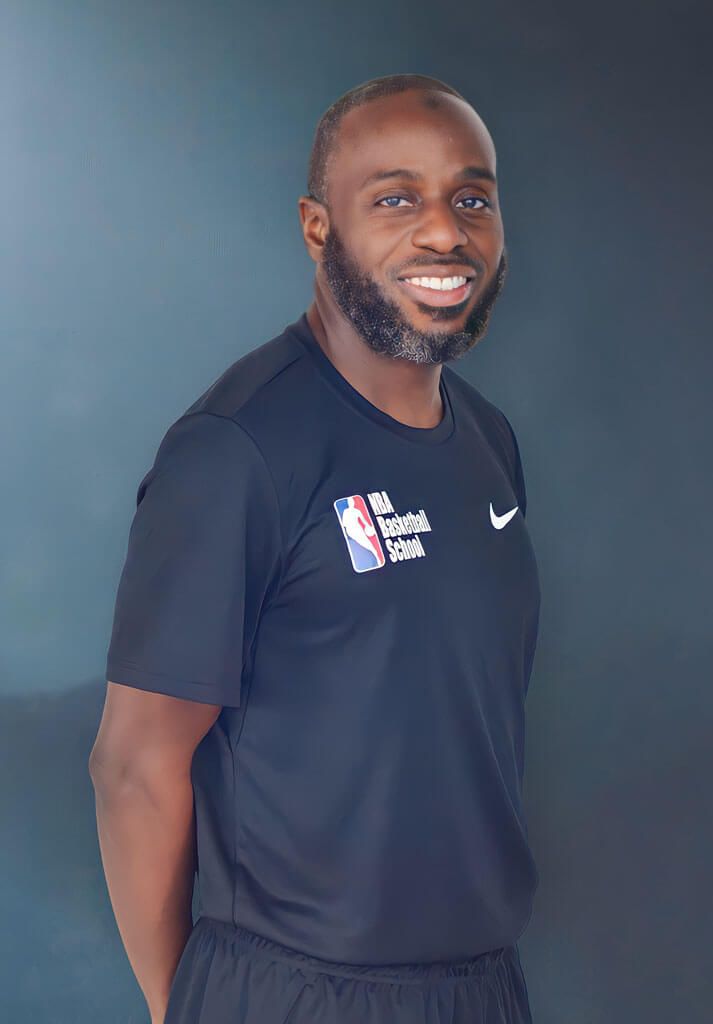 The NBA Basketball School in Dubai is proud to announce the addition of Jamal Whaley to our staff in 2022. An accomplished FIBA certified coach with extensive experience, Coach Whaley brings a wealth of knowledge and enthusiasm to our program.

He recently served as one of the managing partners of the Hoopz Society program in Dubai. Originally from Brooklyn, NY, Jamal grew up in what is truly considered the Mecca of basketball. His love for the game was fostered on the many courts in the Big Apple, coming from a very athletic basketball family. 'Jamal is a huge addition to our NBA Basketball School Program here in Dubai, ' commented Technical Director Phil Galvin. 'His enthusiasm is infectious and he really has a knack for relating to young people. We are thrilled to have him as a part of our grassroots efforts in the UAE.' 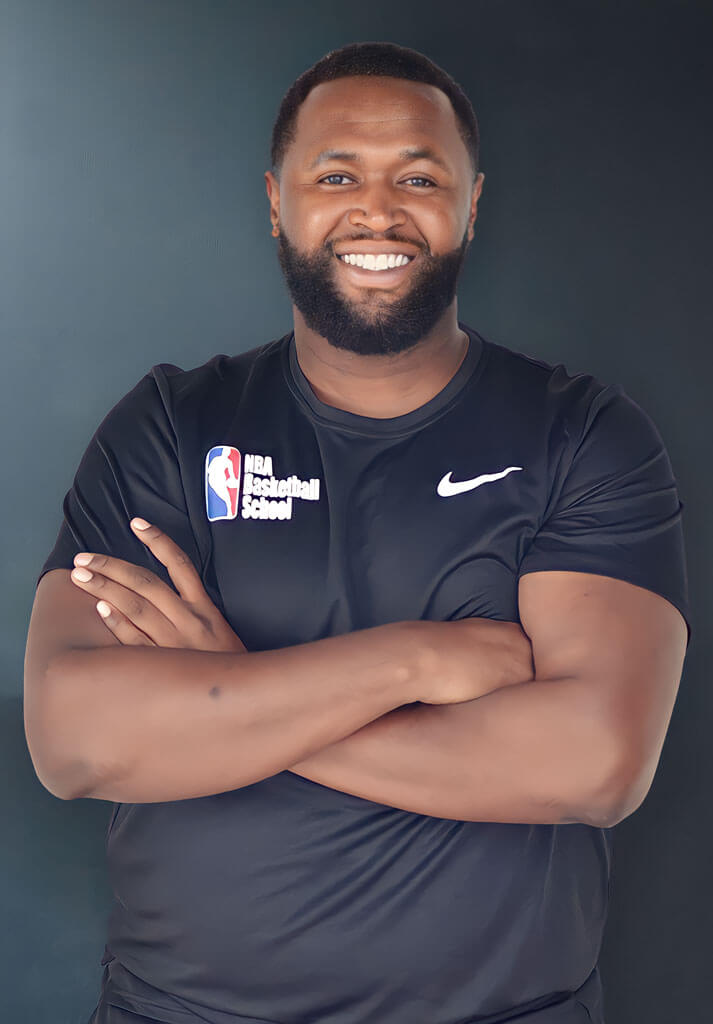 The NBA Basketball School would like to welcome David Olorogun to our program here in Dubai.  Originally from London, David previously served as the Basketball Operations Manager at Ball Out the Box in London.  That program engaged over 1200 kids annually to participate in basketball programs.

He also recently served in roles as the Head Coach at ACS American International School, as well as at Kingston University in London.  ‘David brings a wealth of experience and character to our program here in Dubai,’ commented Technical Director Phil Galvin, ‘he had a very impressive interview process, and we expect him to make an instant impact in our robust program in Dubai.’  Welcome David! 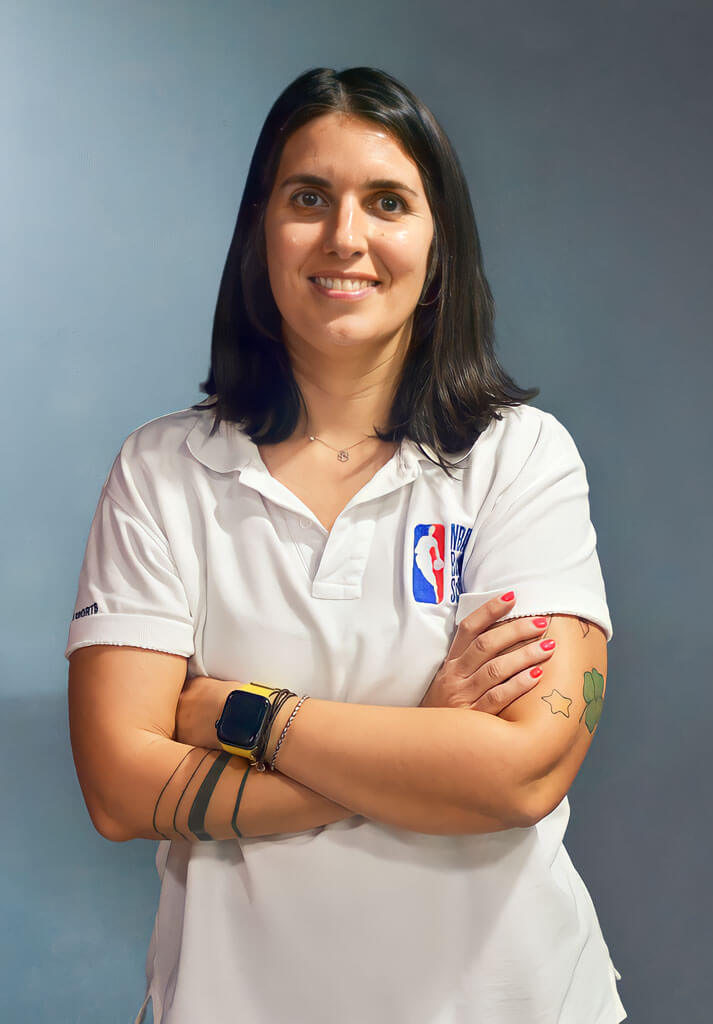 Susana is the Head of Operations for the NBA Basketball School in Dubai.  She oversees all aspects of service quality, client relationships, logistics, processes, and procedures, as well as overall performances.

Susana plays a big role at Stryx Sports, as she also oversees the operations the Barça Academy program.

Cristina is an Operations Director at Stryx Sports where she oversees the operations of team sports academies like Barça Academy Dubai and NBA Basketball School Dubai in terms of service quality, client relationships side, logistics, processes and procedures as well as overall performances.

The NBA Basketball School and Stryx Sports goal is to provide your child with a ‘best in class’ basketball development program.